What is The Venus Project?

The Venus Project proposes an alternative vision of what the future can be, in order to achieve a sustainable new world civilization.

One that works towards a peaceful and sustainable global civilization. It outlines an alternative to strive toward where human rights are no longer paper proclamations but a way of life. We propose a fresh, holistic approach – one that is dedicated to human and environmental concerns. 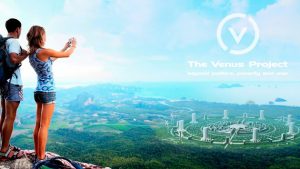 It is an attainable vision of a bright and better future, one that is appropriate to the times in which we live, and both practical and feasible for a positive future for all the world’s people.

We advocate an alternative vision unlike any social system that has gone before. Our conclusions are based on years of study and experimental research by many people from various scientific disciplines.

We call for a straightforward approach to the redesign of a culture, in which the age-old inadequacies of war, poverty, hunger, debt, environmental degradation and unnecessary human suffering are viewed not only as avoidable, but totally unacceptable.

The Venus Project is a veritable blueprint for the genesis of a new world civilization, one that is based on human concern and environmental reclamation. One fundamental premise is that we work towards having all of the Earth’s resources as the common heritage of all the world’s people. Anything less will simply result in a continuation of the same catalog of problems inherent in the present system.

Experience tells us that human behavior can be directed 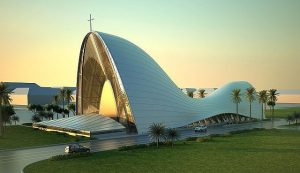 Either toward constructive or destructive activity. This is what The Venus Project is all about – directing our technology and resources toward the positive, for the maximum benefit of people and planet, and seeking out new ways of thinking and living that emphasize and celebrate the vast potential of the human spirit. We have the tools at hand to design and build a future that is worthy of the human potential.

The Venus Project presents a bold, new direction for humanity that entails nothing less than the total redesign of our culture. Our proposition is not an attempt to predict what will be done, only what could be done. The responsibility for our future is in our hands, and depends on the decisions that we make today. The greatest resource that is available today is our own ingenuity.

The plans of The Venus Project

offer society a broader spectrum of choices based on the scientific possibilities directed toward a new era of peace and sustainability for all. Through the implementation of a global Resourced Based Economy, and a multitude of innovative and environmentally friendly technologies directly applied to the social system, The Venus Project proposals will dramatically reduce crime, poverty, hunger, homelessness, and many other pressing problems that are common throughout the world today. 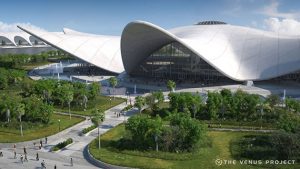 One of the cornerstones of the organization’s findings is the fact that many of the dysfunctional behaviors of today’s society stem directly from the dehumanizing environment of a monetary system. In addition, automation has resulted in the technological replacement of human labor by machines and eventually most people will not have the purchasing power to buy the goods and services turned out.

The Venus Project proposes a system in which automation and technology would be intelligently integrated into an overall holistic socio-economic design where the primary function would be to maximize the quality of life rather than profits. This project also introduces a set of workable and practical values.

This is also in perfect accord with the spiritual aspects and ideals found in most religions throughout the world. What sets The Venus Project apart, however, is that it proposes to translate these ideals into a working reality.